Difference Between Botox Dysport and Xeomin 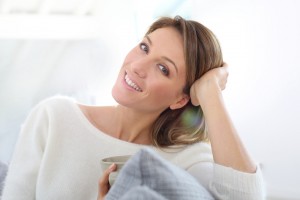 According to the most recent statistical data released by the American Society for Aesthetic Plastic Surgery (ASAPS), cosmetic injectables composed of a form of botulinum toxin – which includes BOTOX® Cosmetic, Dysport®, and Xeomin® – were the most popular aesthetic procedures performed all of last year. Designed to achieve a more youthful appearance, these injectable treatments work by temporarily preventing the contraction of specific muscles responsible for creating lines and wrinkles on the face. When administered by a qualified practitioner, BOTOX® Cosmetic, Dysport®, and Xeomin® can help minimize frown lines and crow’s feet, refresh the brow area, and rejuvenate the upper third of the face.

So if each of these neuromodulator injectables is composed of botulinum toxin and utilized to target similar aesthetic concerns, what’s the difference between the three? While the dissimilarities are few and far between, the following information can help you differentiate BOTOX® Cosmetic, Dysport®, and Xeomin® from one another:

Ultimately, results may vary with BOTOX® Cosmetic, Dysport®, and Xeomin®, and patients might find that one of the injectable treatments works better for their particular concerns than another. For this reason, I strongly encourage you to consult with a Fellowship-trained facial plastic surgeon who has experience in all three neuromodulator injectables to determine which one would be best for your specific needs and goals.